Feels A Little to Familiar to be Frightening

As impressed as we are with the professionalism and skill of FNF developer Scott Cawthon, it is hard to deny the fact that Five Nights at Freddy's 3 has to be his least inspired work. The gameplay is essentially the same as the first two games, with a bit of a twist in the actual number of hostile animatronics and with the inclusion of several minigames that eventually expose much of the unspoken backstory of the game. The good thing about this third game is that it provides a lot of good narrative which helps answer a lot of questions raised in the first two games of course, since there is a fourth game, not all mysteries have been solved.

What is Five Nights at Freddy's 3?

FNF3 is survival horror game set in a horror themed park named Fazbear's Fright: The Horror Attraction, and much like the gameplay of the first two games, you will have to survive several night shifts to reach the end goal of the game. Following the story set by the first two games, Freddy Fazbear's Pizza has already shut down and thirty years later, this attraction based on the tale of 5 presumably-murdered children at the pizza place was created.

Once again, players must hole up in the security office and deal with a murderous animatronic mascot. This time, there is only one dangerous animatronic moving about the one they call Springtrap. Aside from Springtrap, the player must also deal with various hallucinations which can distract from their tasks and cause further problems. And by problems we mean the electronic controls for the camera, the audio system, and the ventilation. Continue Reading

A Little Too Much

Unless you sit through all three games in one go, it is hard to keep the feeling of 'freshness' in a game if there is just too much of it. One of the best things that FNF has is the novelty of surviving by means of monitoring the creepy robot mascots with surveillance cameras. Sadly, this type of gameplay does get a little hard to appreciate the third time around (unlike, per say, more conventional gameplay mechanics) simply because it no longer feels new anymore.

While the inclusion of minigames, the hallucination mechanic, and the system-reboot bits of the game do add new dimensions, it does not feel substantial enough to get the same reaction you would give with the first two games. For the most part, this game has its value most on fans of the first two game who would like to see how the story turns out. As a narrative, there is at least something fulfilling in the game as it actually shows a representation of the events that started the whole macabre events leading to what we see in the game.

There is no point in playing this game unless you have already finished the first two FNF titles - and ironically, finishing the first two will make you a little bit used to the whole jump scare system used in the game to freak players out. That being said, it is still hard to predict jump scares the third time around, what will be different is the fact that by this point, you would no longer be as surprised when it happens.

Of course, jump scares are not the only trick in the developer's book. The whole, automated movement of the animatronics, the dark lighting, and even the paranoia-inducing camera angles all add to the overall mood and feel of the game. FNF3 may be more of the old be even the old stuff is pretty good when it comes to making players feel scared.

The Verdict: The Next One Needs to Push the Envelope

There is no arguing the fact that the FNF series is paving the way for a new generation of scary games that are not action-survival games nor point-and-click, uber-dramatic titles.

The role of the night watchman is an interesting way to approach the game allowing players to play as an observer who is vulnerable to the actual horrors of the game, and yet having no actions that would deliberately affect the story that unfolds. In all three of the games, there is no way for the player character to stop the animatronics or any of the horrible events that happen. That cleverness in the delivery rings true for all games and is why despite the fact that no new thing is truly happening, it is hard to no pick up the third game and miss out on learning about the story.

Bottom line, if you are considering picking this up, then you are most certainly already a fan of the first two games - and it is pretty hard to appreciate Springtrap and the hallucinations if you have not finished the previous installments. Five Nights at Freddy's 3 is certainly not a standalone game, it is a part of a larger whole - but that whole is turning out to be a great scary one at that.

We discuss some possible features we would like to see in Five Nights at Freddy's 4. You can check it out here 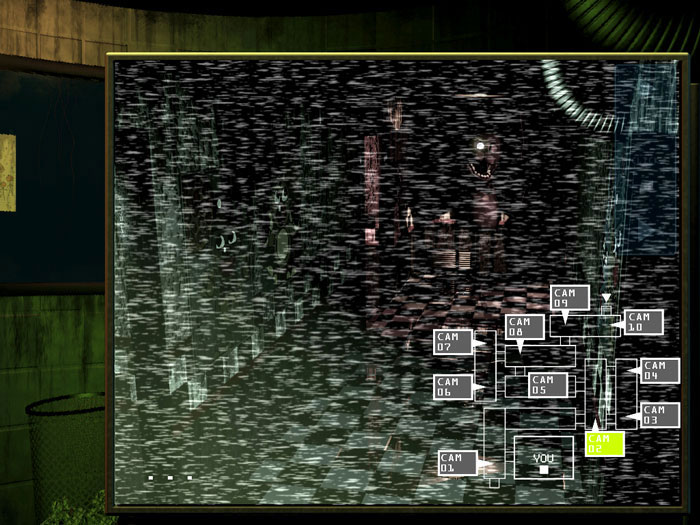 Five Nights at Freddys 3 is developed by Scott Cawthon.