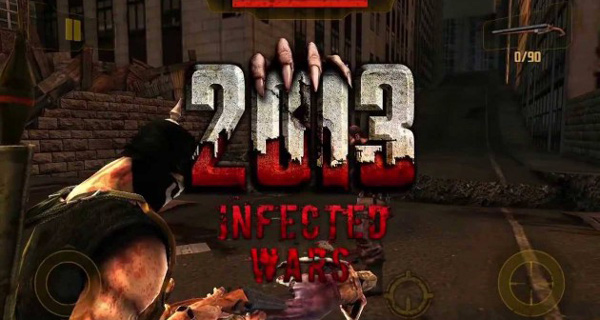 Are you ready to experience the most challenging action horror shooter in the App Store? Features the first ever full multiplayer co-op campaign for the iPad, iPhone, and iPod touch. Fight zombies and epic bosses with your friends through post-apocalyptic environments.

A post apocalyptic world to survive: The year is 2013 and the world as we know it has come to an end. Society has completely broken down. The Scourge as it has become known is an engineered virus stolen and then released upon the world by Al-Qaeda. It was intended to send the West back to the Stone Age by turning their citizens into crazed mutated beasts. In this power, vacuum Al-Qaeda planned to create a new world order. The infected roam the world and outnumber the few left alive. Pockets of civilization hole up around the planet trying to survive and weather the storm. Courageous and highly-trained groups of mercenaries explore the deadly ruins of civilization to salvage critical supplies and provide defense for these settlements.

Their future is in your hands, Mercenary.