Shinji Mikami’s return to the survivor horror genre was heralded by The Evil Within. Developed with Bethesda, this sci-fi/horror game took the player on a crazy mind trip into a world of delusions and horrific tragedies. Playing as the veteran detective Sebastian Castellanos, they go on a journey that literally delves deep into the human psyche, and the possible dangers of what happens when one person is able to directly control and manipulate the minds of others. With the first game ending in a classic horror reveal, what could possibly await players in The Evil Within 2?

Surpass the Hazard: The Evil Within 2

There is no doubt that Shinji Mikami has certainly not lost his touch when it comes to delivering some of the most nerve-wracking scares in the world of video games. But The Evil Within is a distant cry from the Resident Evil series –with its focus on the virtual concepts of mind control, illusions, and the slasher style approach to baddies, its comes up as a little less horror and more of being brutal and gory (though it can be argued that this is exactly what Mikami wanted). Still, fans of the famous Japanese game dev cannot be faulted for having expectations. Should The Evil Within 2 be made, what could be done to satisfy the wants of the audience with Mikami’s all new direction.

When Capcom’s team Clover (four key developers) was disbanded, they all went their separate ways but fans still hoped they would create works that would follow the spirit of their creations. Hideki Kamiya created Bayonetta (in the same spirit as Devil May Cry), while Keiji Inafune went with Mighty No. 9 (which many consider as a sequel to the Rockman series). It is not surprising that many considered The Evil Within to be the new Resident Evil. It even has a few homages –like the when Connelly turned into the Haunted, or how the original Japanese titles gave hints about the story’s true roots (Bio Hazard for RE, and Psycho Break for TEW).

One key story element that was established in The Evil Within was the secret group known as MOBIUS. In many ways, they mirror Umbrella Corporation. With the zombie virus being swapped out for spinal-tap levels of mind control and monsters looking like they came from Silent Hill, there is a lot of interesting elements to be played around with if MOBIUS took center stage in the next game.

The best part is that some of the game’s most interesting characters are already tied up to them. Notably Tatiana (the nurse who appears in the Save Haven hospital sequences), this reveals that the organization has been somehow involved in what Sebastian does. Juli Kidman is also referenced as working for them as well in the same capacity as RE’s Ada Wong.

Another major similarity between the two series is Joseph Oda and Albert Wesker. Considering Oda’s character, it is likely that he would try to either attack or infiltrate MOBIUS.

It is likely that we will be encountering these characters again in the sequels of The Evil Within, and it would be interesting to see if they follow or differentiate from the paths of the characters they seem to be based on. On this note, it is good to see that Mikami is still trying to establish a mythos for the game (like he did before with RE), and it is likely that we will see it being expanded even further with The Evil Within 2.

One of the clumsiest control issues of The Evil Within is the sneaking controls –the gauge for determining how well you are hiding, as well as how you can sneak up on enemies, is clumsily executed. Given that a major portion of the game requires you to strategically hide from enemies, it is important to have tighter controls. While it can be argued that the current setup adds to the challenge, it is certainly a little distracting to be hampered by the controls –that little sense of frustration can be enough to lower the intensity of some of the horror sequences.

A little bit of polish with the movement mechanics while sneaking can go a long way –considering that sneaking around the haunted can be a pretty creepy and scary experience, these sequences in the game should be some of the most exciting and blood-chilling playable moments that players will encounter.

Speaking of controls, even the normal movement of the characters needs to be fine-tuned. There are plenty of times that players can end up accidentally stumbling into wire traps simply because the character takes too many steps forward even when the controller is pushed forward carefully.

Easy on the Mind Trip

Making this game a little different is the presence of Ruvik –the person who developed the STEM technology which is behind many of the crazy sequences that happens in the game. Ranging from psychotic episodes in the brain, to actual insanity happening in the real world, the players are forced to deal with a variety of threats both real and imagined. While this is scary on a visual level it lacks the same bone-chilling scare that the threat of the T-Virus and the bioweapons had in RE. Hopefully, later applications of the STEM system in the game will show that it can be a truly frightening device (outside of the terrible limitation it has of needed to be hooked up to your brain to even affect you).

Newer RE games are adapting a coop system –so will it work for The Evil Within? In a general context, yes, the mind control sequences can affect more than one person after all, and dealing with the haunted is so much more interesting with an ally (the short sequences that Sebastian and Joseph when they are side by side have are undoubtedly fun). While this makes the game a little more scary, it creates a new dynamic that works quite well in a video game. There are plenty of reasons that the drop in drop out system for multiplayer coop is often used, and it is because players find it highly engaging.

The Evil Within 2 should focus less on being an action game and focus more on making players concentrate on the survival aspect of playing the game. This way, even with two people playing the game at the same time, there is still a considerable level of fear that they can feel. 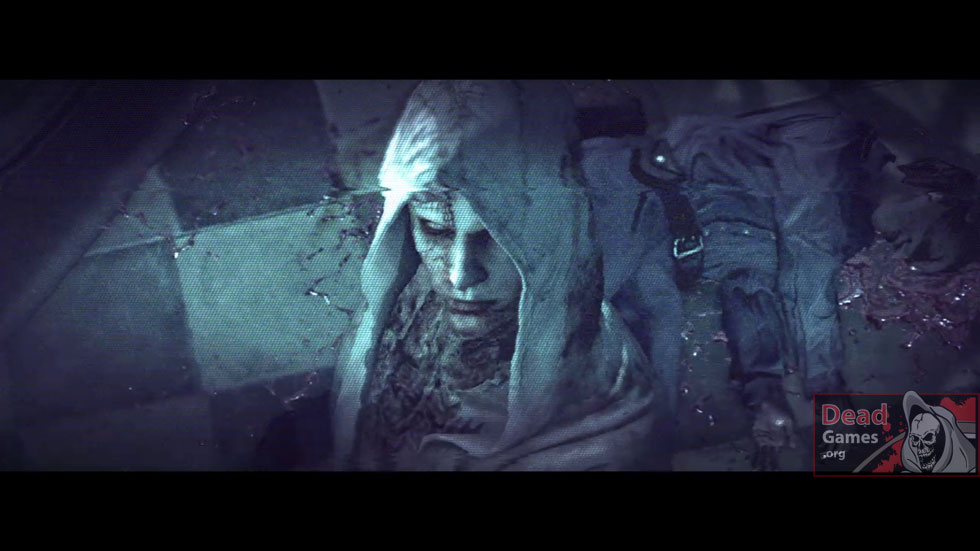 The safe-head monster was nowhere near as scary as Silent Hill’s Pyramid Head, the Sadist is just disgusting to see, and the Reborn Laura looks a little more the freak of the weak than an actually major scary threat –simply put, The Evil Within needs truly scary bosses for players to deal with. What makes monsters scary or creepy is not the level of gore or power that they have, it is how they can instill fear in the players who encounter them.

In fact, most of the The Evil Within’s key moments are full of shock and gore. While we can easily understand the need for jump scares, a horror game needs to invest in making the players feel paranoid and genuinely wary of the world they are playing in –not just repulsed and disgusted by the monsters they are meeting.