The story follows Harry Mason, who wakes up after a car accident to find that his daughter Cheryl is missing. Harry will wander the snowy streets of Silent Hill searching for answers of her disappearance, but when the world freezes over, he will need to escape the lumbering demons that haunt his steps. Harry will need to navigate both worlds to discover the truth; not just about his missing daughter, but also the type of person he actually is. Silent Hill's debut on the Nintendo Wii makes the fear more real than ever before. Players will be drawn into the mysterious town using the Wii Remote as a flashlight and a cellphone as they search for clues. Choices they make will shape Harry Mason, as well as the people he meets and the places he visits. The enemies evolve as well, taking the form of the player's deepest fears. Silent Hill promises to be more terrifying than ever, bringing the fear to Wii, PS2, and PSP. 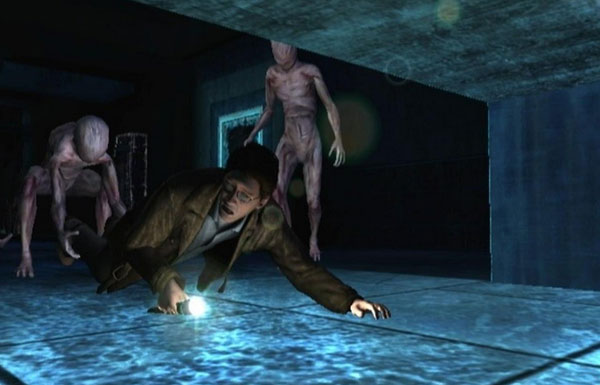