If you are a fan of the Left 4 Dead series, then chances are, you will enjoy playing Killing Floor. This arcade-style FPS game is a lot less about exploration and a whole lot more focused on survival. Originally released as a mod for Unreal Tournament, it became so popular that it eventually gained its’ own standalone retail version back in 2009. Despite being more than a half a decade old, Killing Floor still delivers one of the best zombie-themed multiplayer cooperative game experiences you can ever have. Continue Reading

Off the bat, this game looks bad –and that may sound weird for something that is supposed to be fun to play. Well, while it is pretty hard to figure out what the developer’s actual intentions with the game were, the fact is that Killing Floor’s overall appeal is the same as that of a B-Movie; cheap fun thrills from beginning to end. The graphics are a messy combination of mutated corpses and your run-of-the-mill semi-boss baddies. The stages are your typical darkly-lit environments covered in a wash of browns and grays and blacks. And of course, the violence and gore flows non-stop. It is everything you would expect to see in an old-school zombie game, and you will love it.

Even the story is right out of a typical zed-themed flick; some large corporation’s dangerous experiments gets out of control, the lab gets overrun, and eventually, the zombies start spreading. Oh, and the whole thing is set in London so if you are a fan of 28 Days Later, think of it as something like that.

Of course, simply having a entertaining delivery does not always mean a game will be good, but considering that Killing Floor is still getting plenty of attention (and even a sequel) means that there is more to it; beneath the grindhouse style visuals of this game lies a significantly amazing coop system.

Gameplay: Team Up or Die

The FPS mechanics for Killing Floor are pretty well made –and that is hardly a surprise since the devs at Tripware are the same folks behind Red Orchestra. Of course, much of the realistic physicas has been dropped in order to smoothen out the gameplay in Killing Floor –but the guns are all created to give players a pretty distinct and unique gameplay experience (what you are using will actually change the way you fight). And they also decided to get a little creative by adding in unique weapons like a katana and a flamethrower (among other things). Your weapons, however, only come second to your teammates when it comes to surviving.

This game was designed for multiple players to work together in order to achieve a common goal –and it is not about shooting down more zombies than everyone else. Barricading doors, collecting and distributing ammunition, trading weapons, healing injuries, and various other actions are part of the game and players must communicate with each other in order to coordinate their actions. Enemy waves charge in fast and hard –and ensuring that someone makes it through to the end of the match will require some careful planning.

The sad thing is that despite the amazing gameplay that this game delivers, you will need people to play with. It just is not as fun to play alone (and it can be pretty impossible), and more importantly, the lack of a proper single player story mode limits your options. This is definitely the biggest drawback of the game: if you are not into playing with others, you will not be able to enjoy it fully. There are of course mods for bots –though you will want to tweak the AI settings for these as bots are not exactly the smartest teammates to have around. Still, having bots is better than going at things solo, and the latest bots are designed to help players out with barricading, healing, and they will even share cash.

The Verdict: Play it If You Can

Though certainly a very niche game with its’ need for multiplayer, Killing Floor still makes for a great zombie action game. Considering that most zombie titles focus on the grittier and hard concept of “living” and “survival” there is always room for a game that allows us to just focus on killing as many of the undead as possible. Besides, it is not all mindless fun, there is always a heavy need for combat strategy in the game which makes the multiplayer aspect so dynamic and satisfying to play. If you do not mind the aged visuals, we definitely recommend it; but if you want something that your graphics card can chew on, then you might want to take a look at Killing Floor’s sequel instead.

Read the latest news on the development and release of Killing Floor 2. 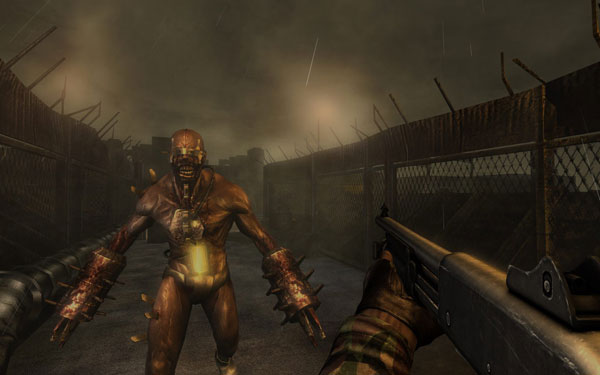