A series of eight lengthy vignettes expanding and elaborating on the story of the 2011 cult horror classic Corpse Party. Join the Kisaragi High students once again as they relive the unearthly horrors of a cursed school, this time armed with future memories in a vain attempt to alter their own grisly fates

Please Note: This game is currently only available in Japan.

Witness, too, several crucial incidents that occurred during or before the previous game’s events then, delve deeper into the mysteries of Heavenly Host as survivors from Corpse Party investigate an even more horrifying location in a desperate search for answers. First-person point-and-click adventure style gameplay, binaural 3D audio with original Japanese voices (including reprisals from all main cast members), dozens of endings, a Darkening system that slowly distorts both the game’s visuals and its characters’ decision-making abilities, and a host of unlockable extras make this a must-play for Japanese horror aficionados and series fans alike. 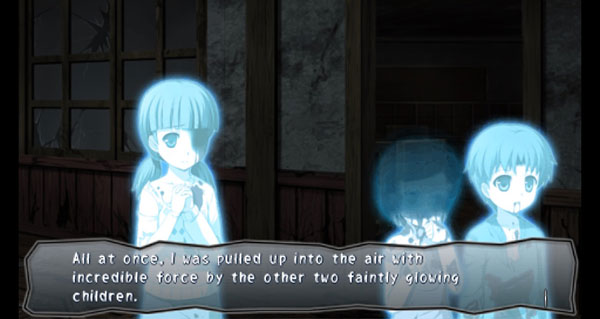 Please Note: This game is currently only available in Japan.

Corpse Party Book of Shadows is developed by Team GrisGris.